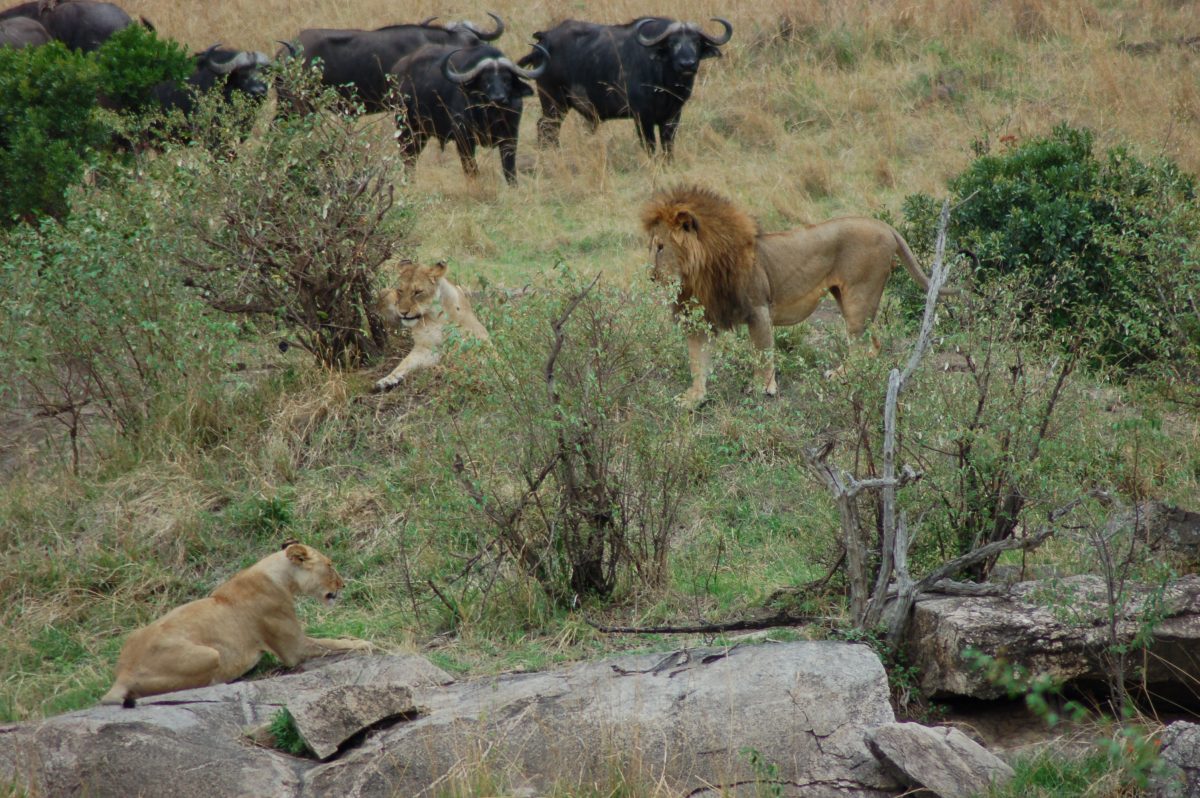 Apart from a 2 hour delay and constant turbulence during which I clutched Meha’s hand for a majority of the flight while chanting Hanuman Chalisa, the KQ 211 dreamliner from Mumbai to Nairobi was uneventful and comfortable, specially with Tusker as faithful companion!

Before that Meha and Mika bonded in the reasonably comfortable Card lounge at the new and swanky Mumbai airport.

As a part of our world trip, we are on a 10-day visit to Kenya to fulfill a lifetime dream of visiting Masai Mara during the great migration, as well as Lake Nakuru & Amboseli national parks. The excruciating 90 minute wait to clear immigration queue meant we reached our airport hotel only around midnight. In a perverse way, we mentally celebrated the improving standards of Indian airports and immigration. The hotel foyer looks deceptively grand in this morning picture but the experience of lights not working at midnight was not funny at all!

After a lovely breakfast next morning, we offloaded most of our dollars at Big Time Safaris (who have arranged our trip) office in Nairobi, and were on our way at 9:30 am. The lovely views of the Great Rift Valley emerged after an hour. It is part of the intercontinental ridge system that runs through Kenya and was formed when Mother Earth failed to rip Africa apart 8 million years ago!

We cruised till Narok, with very Indian-like landscapes in between, and then the fun really began.

Whoever in the Kenyan government decided to NOT tar the 40 km stretch between Narok and Masai Mara, must be one sadistic %$$#@. Bone-crushing, this road will easily win the world cup for the worst road in the world.

Under the expert driving of our guide-cum-driver Richard who handled a puncture with aplomb, we reached Mara Sopa Lodge by 3:45 pm with some lovely views of the surrounding Masai village.

Masai Mara (northern half of Tanzania’s Serengeti plains) easily tops everyone’s safari wish list in Kenya – and has been described, along with Serengeti, as one of the top wildlife destinations in the world. With rolling savannahs interspersed with acacia trees, this magical ecosystem presents you with wildlife viewing opportunities like no other reserve. Open roofed safari vehicles jostle for space in search of the big 5 – lion, leopard, African elephant, black rhino and buffalo. The other noteworthy protagonists include wildebeest, zebras, giraffes, elands, impalas, waterbucks, warthogs, gazelle and many more, including multiple bird species.

Between July and October, one of world’s most wonderful spectacle unfolds here – the Great Migration. Driven by Masai Mara’s rains and greenery, millions of wildebeests, zebras and other animals flock north of the adjoining Serengeti into Mara in search of greener pastures. Crocodiles and other predators like lions and leopards join the feast, while the hapless wildebeest attempt the river crossings at Mara. It is the complete cycle of life, playing out in all its glory !

But I digress. It’s already 5 pm and time for our first safari. Richard, our guide, opens up the roof top and we stand up like eager vultures waiting to devour what lies ahead.

Suddenly the van races towards a hill and our hearts start to race. Surely Richard has spotted something. And lo and behold ! We are presented with the magical sight of a male lion basking under the sun, totally oblivious of the safari vehicles around. We click away breathlessly while self-congratulating ourselves for having made such a bumper start.

After a few minutes, he stood up and started walking.

Richard continues to stay one step ahead, providing us vantage photo opportunities.

The lion is now getting uneasy with the circus surrounding him and decides to finally walk away. It is over as quickly as it started.

Just as we are digesting what we just saw, Richard violently turns the van around towards another grass mound and we are presented with the wonderful sight of a cheetah. In my nervousness, I end up spoiling all my pictures due to terrible focus. Mika comes to rescue with some super shots from her backup camera.

Every great experience in life comes at a price. We see a ranger pull up. In his over eagerness to please us, Richard has gone off track. A long conversation with the ranger ensues. Richard nonchalantly informs us that he has been fined. Suddenly we see a bunch of lions in the distance, with a lone buffalo guarding himself. Could it be a live kill ? We are not that fortunate, but we get to see a bunch of lovely lion cubs frolicking with their pride members.

It is now getting dark and a lovely impala appears as our smashing day 1 comes to an end.

Day 2 begins with the chirping of birds and baboons right outside our room.

We are determined to make the most of the day with a full day safari, aided by a lovely packed lunch from the lodge.

A variety of wild life emerges as soon as we enter the park.

We suddenly encounter a cheetah savoring its kill behind the bushes. We waited for half an hour but who wants to lift its head for silly humans while gastronomic delights on offer on the other side.

A lion quickly appears to the right, barely giving time for my aging eyes to focus.

As we rue the missed opportunity, Meha points to another majestic male relaxing under the bushes to our left.

After posing royally for us, he decides to take a nap and we move on.

The landscape has now decidedly turned lusher and we can see the migration unfolding in front of us. Thousands of wildebeests and zebras graze on the expanse of grass, as far as your eyes can see.

We drive on towards the Mara triangle area with more magical wild life appearing on the way.

It’s around 12:30 pm and we reach the hippo pool where an arrogant ranger demands a tip for no reason. We get put off and leave immediately after clicking the crocodiles and the hippos.

We reach the Mara Triangle area around 1 pm with a welcome toilet break. Having spoiled by the World class visitor centers of the USA national park, we found the Mara one too lame to even describe !

It is time to now turn back but not before clicking this rock at the Tanzania Kenya (TK) border. Very cool feeling to be in Serengeti and Masi Mara at the same time !!

The first African elephants appear and the contrast with the desi counterparts is obvious. They are shorter in height with wider ears, compared to the Indian ones.

It’s 4 pm. We are tired to the bone but as we head back we do not miss the opportunity to savor these gems. 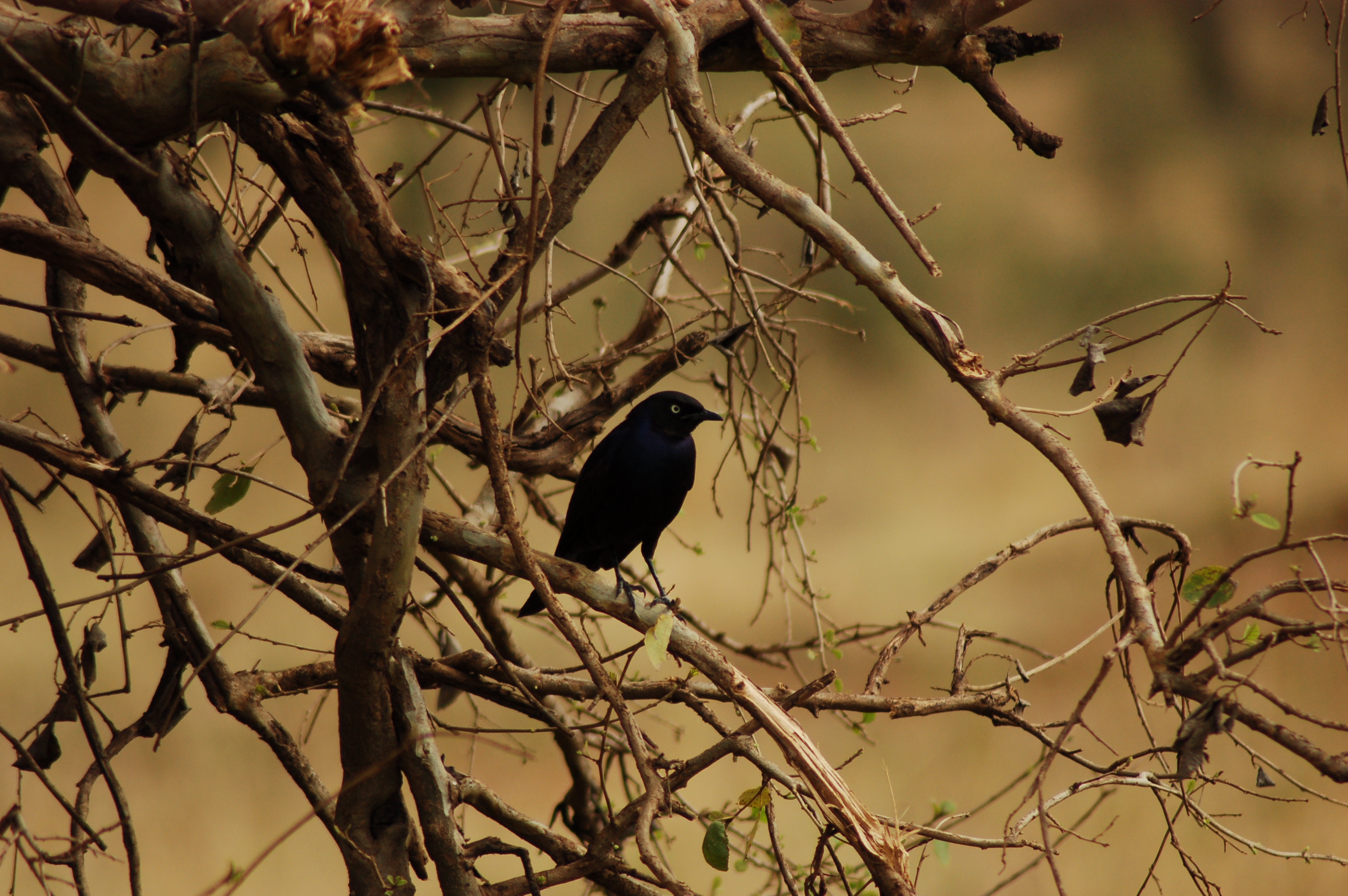 The day concludes with the classical view of the acacia trees in foreground of the savannah.

Day 3 begins with clear strategy of looking specifically for lions and giraffes. Giraffes immediately appear with this one being my favorite.

A colony of baboon appears along with some buffalo-bird bonding.

What happened over the next couple of hours would remain etched in our hearts and minds for ever. As the terrain became mountainous and with no other vehicles in sight, we knew something special was coming up. Suddenly the following emerges : a bunch of buffalos standing in defense against a bunch of non-interested lions.

It took a while to realize that this was actually a one-sided love story with the male in hot pursuit of the uninterested female.

While the pair played hide and seek over the next hour, another female emerged right behind us. We have never been this close to a lion in our life and all this seemed too good to be true. We had lunch in the van with lions all around us and no other vehicle in sight ! For a change it was for real.

Very soon Musafa and Sarabi decided to climb pride rock and this chase was straight out of a Govinda-Ravina starrer.

As we left the amorous couple together, reality dawned on us that last 2 magical hours would count as THE topmost wild life encounter in our entire lives ! Still pinching ourselves, we were on seventh moon but destiny had more in store with a whole pride of giraffes presenting itself !

By this time we are overwhelmed. If Richard was a corporate employee, his appraisal would have read “Over Achieved” along with employee of the year award. Its getting close to end of the day but some more cool stuff is in store.

As we say bye to Masai Mara, we are given a befitting farewell by this lioness.

We get back to the lodge, cherishing the beautiful experiences of the last 3 days. The Masai dancers arrive at the lodge at 9 pm, giving us a great cultural experience. Tomorrow we head to Lake Nakuru National park looking for flamingos, tree-climbing lions, black rhinos, white rhinos and more.

Thanks for reading and see you at Lake Nakuru. Bye.