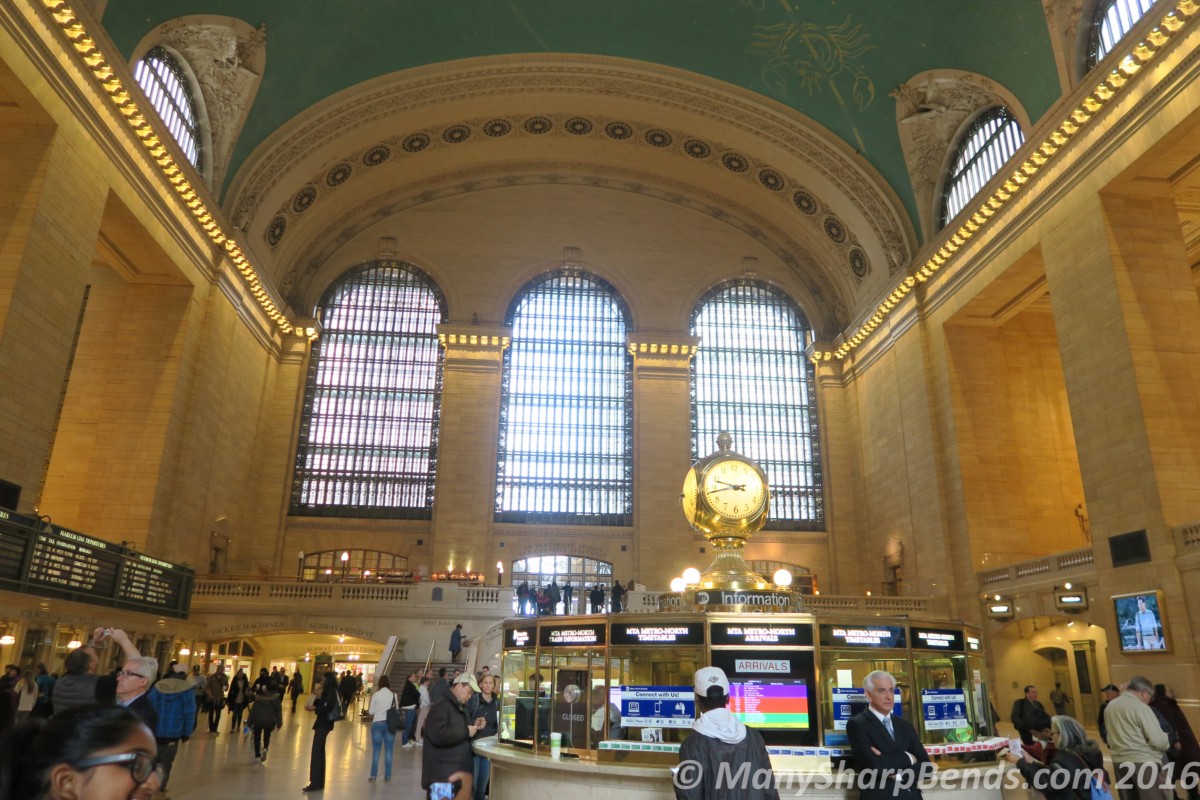 The forecast was for rain on the afternoon we arrived in New York, guess we managed to borrow some sunshine from Egypt for we arrived to a pleasant sunny afternoon. Warmer still the reception from an old buddy of Manish, Sanjay who was meeting him after 28 long years!! We had a great evening and dinner together with him and his lovely girl-friend Rodica. 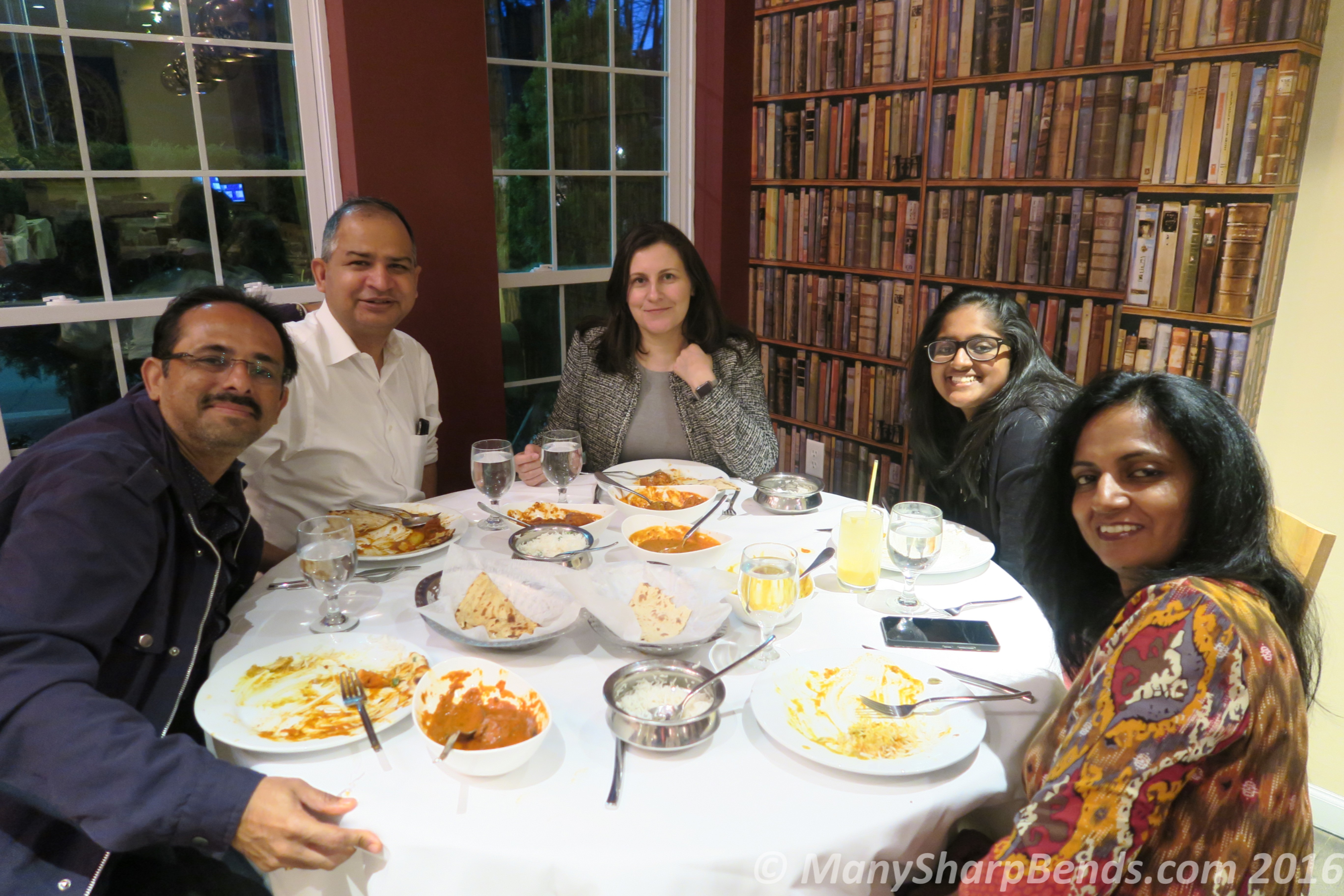 We took a day to recuperate before attempting a bite of the Big Apple, in which we explored the pleasant locales of Greenwich, a town in neighbouring Connecticut. The first to catch our attention were some pretty robins with a brownish-orange breast (later id’d as the American

Robin, the official state bird of Connecticut), squirrels darting up and down trees and the mynah-like but smaller Eurasian starlings.

Acclimatised with the cooler weather and temperatures in Farenheit, we set out to explore the core of the Big Apple – midtown Manhattan. The name Manhattan has its origins in the word Manna-hata which in the Lenape language (of the natives who originally inhabited the area) means “island of many hills”. The famed Grand Central was our gateway and seemed only too familiar thanks to SRK and Rani Mukherjee in the movie Kabhi Alvida Na Kahna. 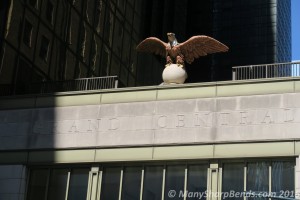 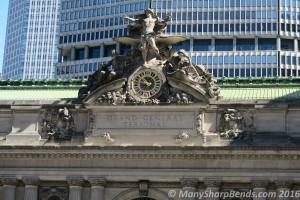 Inspired by the bicycles outside the Grand Central and the lovely sunshine, we decided to explore as much on foot as possible. 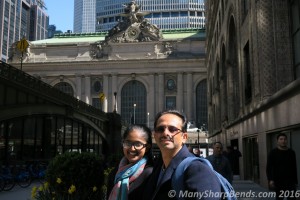 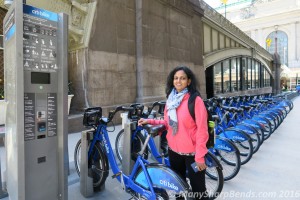 We made our way to the New York Public Library’s main building established in 1895 in Bryant Park. The walkway leading upto the building has many quotes on knowledge and books by eminent writers, thinkers, poets and artists; one could spend an hour or more reading them. 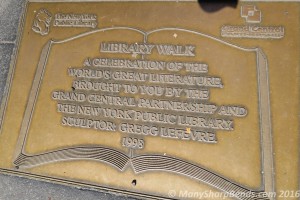 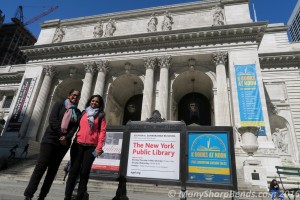 Inside are large reading rooms and halls that present an oasis of calm for those who wish to escape the hustle of the big city to read, think and work.

Just beside the library is the Bryant Park, which seemed to be eagerly awaiting the arrival of spring. There were no leaves yet on the trees but the flowers had just started blooming. We enjoyed the sunshine and watched people go by while resting our feet.

Next stop was “the MET“, the Museum of Metropolitan Art, the largest art museum in the US. Planned to be the main destination for the day, it lost out in time & mind-share owing to the bright sunshine which kept us outdoors for longer. For a family that likes to pace itself, we surprised ourselves by the ground we covered before we hit the Met – Times Square, the Radio City Music Hall and the Rockfeller Center. 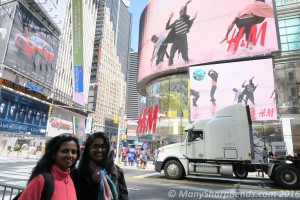 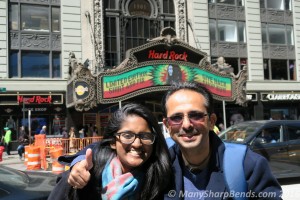 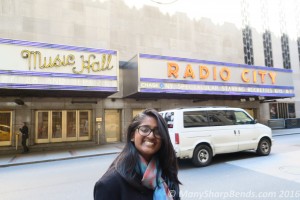 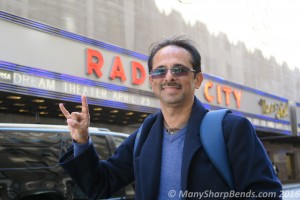 The MET is a real treasure trove with galleries dedicated to art from across the world and spanning ancient to modern. One needs multiple visits over days to do justice to the collections here. We browsed through some of the key exhibits in the little over two hours we had before closing time. It was then time to rest our feet again, this time in the beautiful Central Park just adjacent to the MET.

To wrap up the day, what better place than a second visit to the glitzy Times Square, which in the not too distant past, would not have figured on the list of places for a family to visit. Fortunately for us, Times Square has witnessed a transformation from “dazzling to dirty and back again” and the efforts of some of the NYC mayors in the 1990s have changed the face of the Times Square.

With the rest of Manhattan planned to be visited in our second visit a couple of months from now, the next day was spent in the company of another long-time buddy of Manish, Rajneesh and his wife Priti & son Ashwin at their home in Hartford, Connecticut. Priti’s sumptuous food had us licking our fingers for the next few meals! 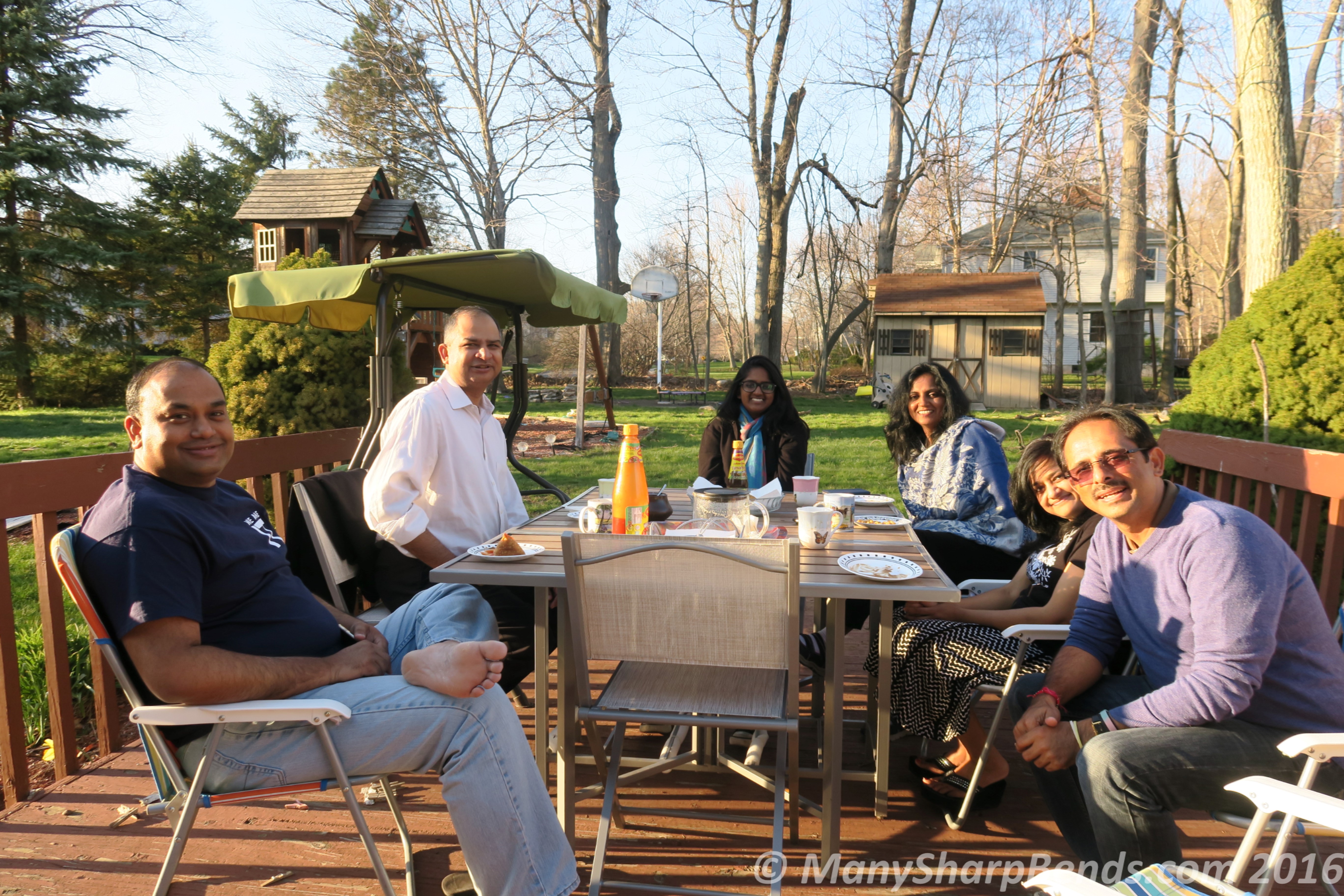 Thanks to our wonderful hosts, we got the opportunity to enjoy slices of nature at the nearby Manchester. We spotted a pair of Cackling Geese and a Heron on a nature trail by a little stream. 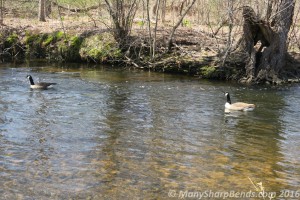 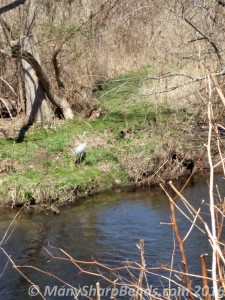 Next pit stop was with family in New Jersey with my cousin Arun, sis-in-law Shweta and kids Atharv & Mira. It was a marvelous evening that was extra special for Mika for we dined at The Cheesecake Factory! The following day was a real treat with fresh home-made breakfast and lunch with filter coffee too! 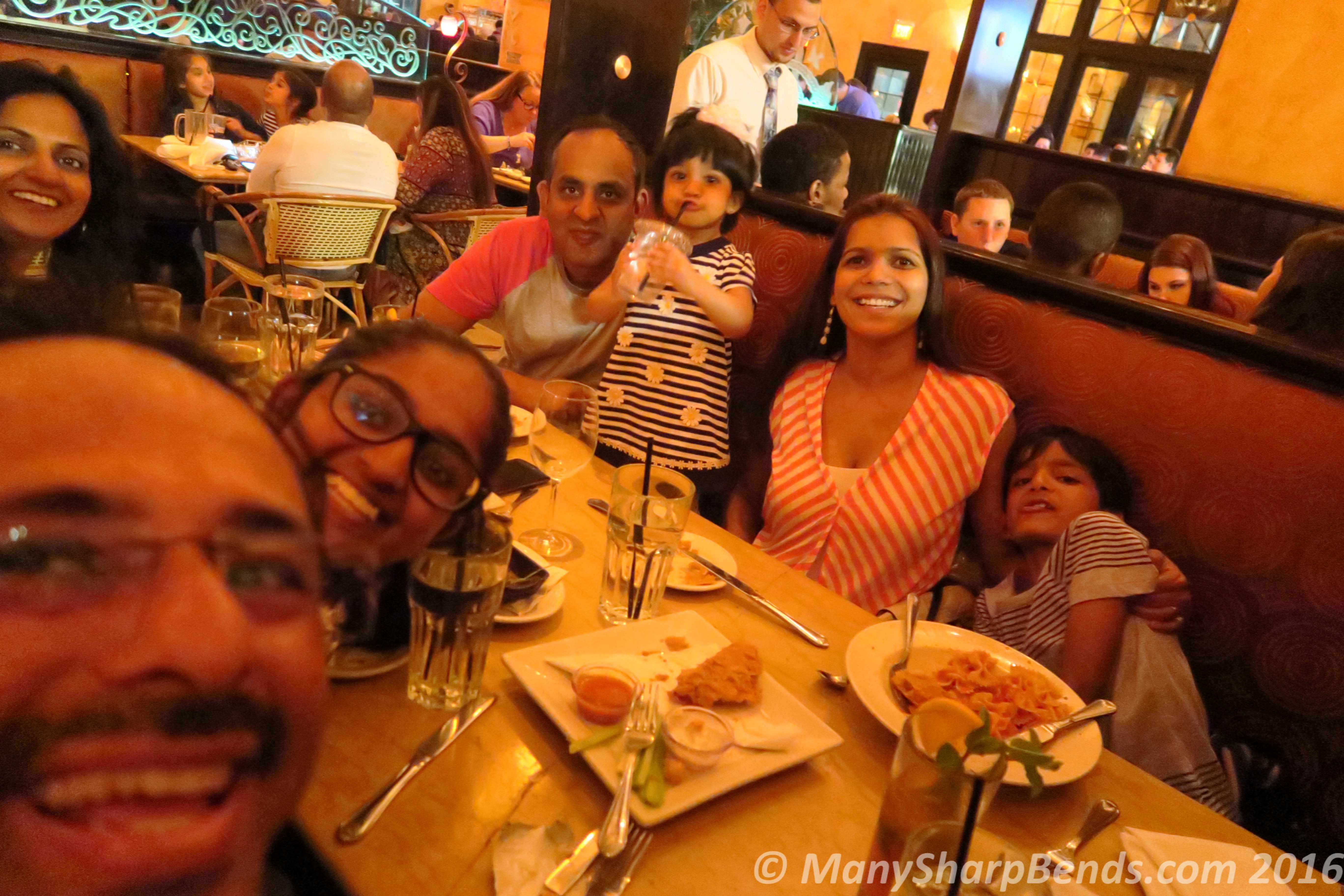 Well fed & satisfied, we were all set to head south to sunny Florida for some tweeny attractions for Mika at the Universal Studios and the much-awaited Kennedy Space Center for all of us.

Thanks for reading this, hope you enjoyed it. The next write-up will be on our visit to NASA’s Kennedy Space Center in Florida.

6 thoughts on “A Bite of The Big Apple: Midtown Manhattan”